Girl Band’s New Album ‘The Talkies’ Is Out Now 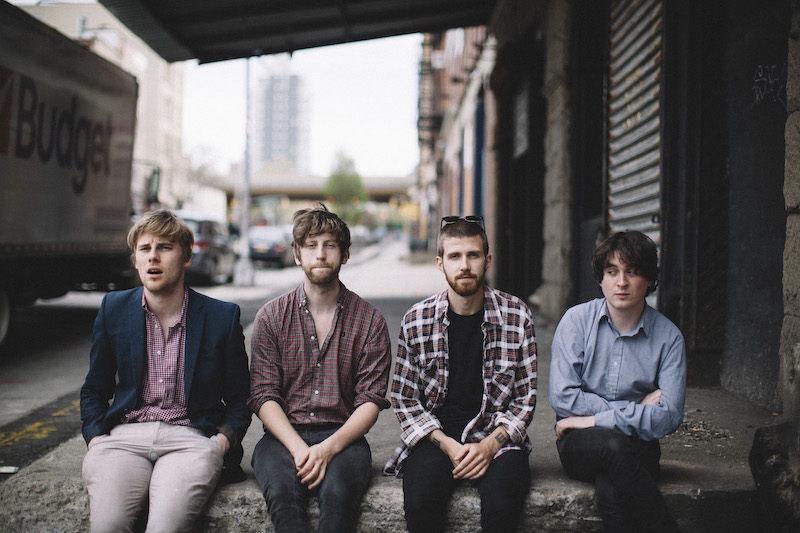 Girl Band’s new album ‘The Talkies’ is out now. Recorded at Ireland’s Ballintubbert House and produced by the band’s own Daniel Fox, the album is the follow-up album to the Dublin’s groundbreaking debut ‘Holding Hands with Jamie’ which came out this very week four years ago. Grab your copy here*

The press think it’s as groundbreaking as we do:

“The Talkies is an album so viscerally brilliant, it stays with you long after you’ve stopped listening” –  9/10 Crack mag

“Of the current crop of noisey young bands emerging from Ireland, it’s Girl Band who punch the hardest” – Record collector  – 5/5

“Probably the most dynamic, masterful and limitless record we’ve heard in recent years” – So Young Magazine

“Girl Band’s second (album) scarcely tempers their uncompromising sound. At once more abstract and more focused than their debut” –  Mojo 4/5

“Girl Band’s second (album).. pushes them even further into an esoteric league of their own” – DIY 4.5/5

“The Talkies” was recorded in November 2018 at Ballintubbert House, a stately home on the outskirts of Dublin “a few pay grades above what we’re used to”. The alien construction of Ballintubbert and its corridors help to navigate Girl Bands cataclysmic sound within a world of its own.

Bandmember Alan Duggan underlines this thought: “In many ways the idea behind the album was to make an audio representation of the house” – Daniel continues – “We recorded all the drums twice: once on the landing and once in the cellar, and during production we could actually cut in between both these sounds.”

Daniel with his feet in both camps as musician and producer explains: “After we cancelled the last tour we weren’t really writing together as much anymore so we were more into demoing and writing down parts then cutting them up, collaging them together in the computer and reconfiguring them that way”.

In Oona we found an incredible co-conspirator, I couldn’t imagine any other dancer being able to bring that combination of beauty and violence to the video. The idea grew out of Dara’s reference to the character of Ed Mordake, a man with two faces, so duality was a major theme. It was interesting for me to see how well dance allows an idea to live in the abstract so it can remain very open. It can mean what it means to the band, and also what it means to Oona and to myself. Hopefully that translates in a way that people watching it can find something in it to relate to, strange as it may be.”