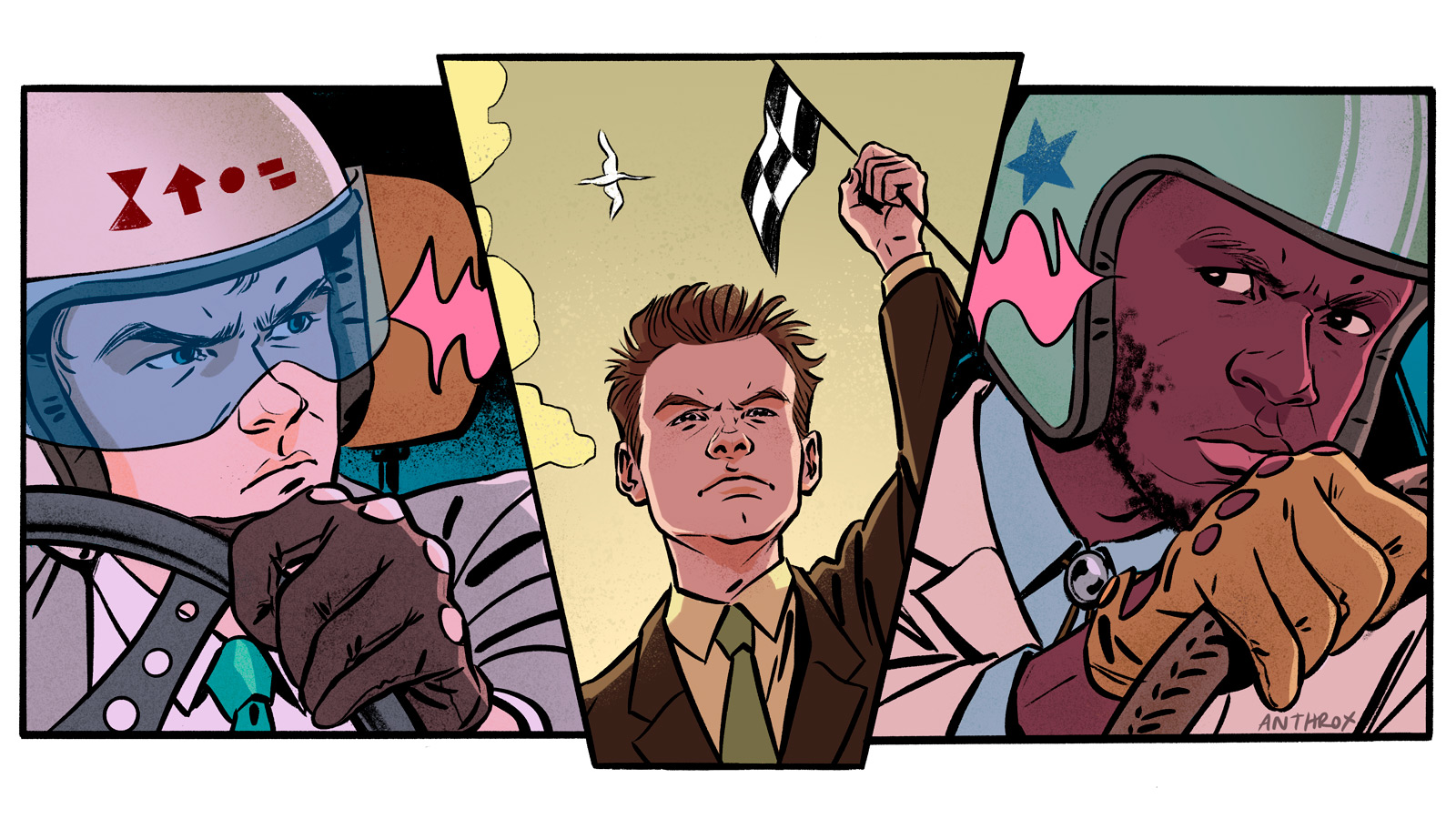 Cavalcade is a dynamic, hellacious, and inventive follow-up to 2019’s widely-praised Schlagenheim. It scales beautiful new heights, pulling widely from a plethora of genres and influences, reaching ever upwards from an already lofty base of early achievements. black midi — Geordie Greep (guitar, primary vocals), Cameron Picton (bass, vocals), and Morgan Simpson (drums) — picture Cavalcade as a line of larger than life figures, from a cult leader fallen on hard times and an ancient corpse found in a diamond mine to legendary cabaret singer Marlene Dietrich, strolling seductively past them.

Album opener “John L,” available for 12” pre-order today (released on 9th April) with b side “Despair,” has a massive sound, driven by some gutsy Discipline-era King Crimson thrust, and energy wrought by the inclusion of Jerskin Fendrix on violin. Its equally massive video was directed by choreographer Nina McNeely, known for her work on Rihanna’s “Sledgehammer” and Gaspar Noe’s Climax.

A special bonus flexi disc is included with pre-orders of the standard LP from select retailers while stocks last. Last week, indie retailers collectively curated a list of songs for black midi to consider for a cover. Beginning today through March 25th, fans can vote for their favourite potential cover on black midi’s website. There will be 5 uniquely curated polls, resulting in 5 unique flexi disc options; one each for US indies, UK indies, Tower Records in Japan, Rough Trade Shops and Rough Trade Webstore. A limited amount of standard album pre-orders will come with the market-specific flexi, including via the Rough Trade Webstore.

black midi will be performing live at Alexandra Palace Theatre on Nov 11th. All physical pre-orders from the Rough Trade Webstore and black midi Webstores before 23.59pm BST on 29th March will receive access to the pre-sale. Tickets will be on pre-sale from 31st March and General Sale from 1st April.

A set of Cavalcade ringtones have been created by black midi, these will be available to download as each song is released. These are exclusive to the Rough Trade Records and black midi webstores. Pre-Order or Pre-Save now.