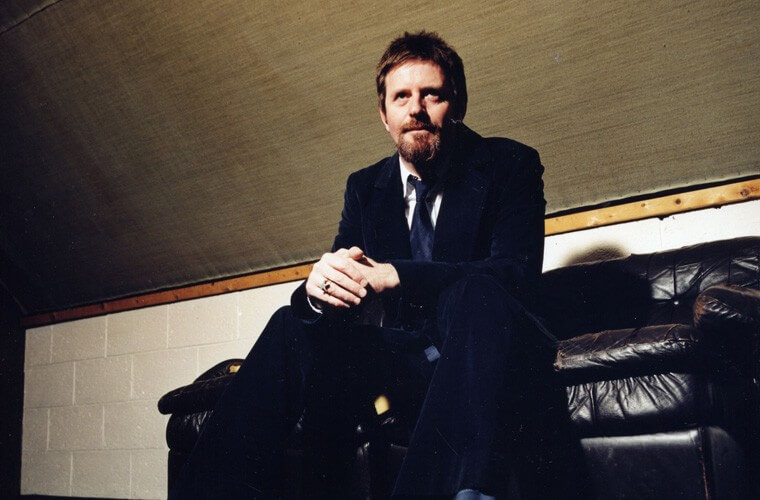 Rough Trade Records has reissued of two albums from Scritti Politti’s acclaimed catalogue, 1985’s Cupid & Psyche 85 and 1999’s Anomie & Bonhomie – the latter is out on vinyl for the first time ever.

Both records will be available on LP and CD from today (30 July) in the UK and on 13 August in the USA. The new editions, which have been recut under the band’s supervision, feature extensive new sleeve-notes from Green Gartside and David Gamson.  A reissue, of Scritti Politti’s 1988 album ‘Provision’ will follow later this year.

To celebrate the reissue, the video for The Word Girl from Cupid & Psyche 85 has been digitalised and made available to stream in HD for the first time.

Watch the video now and be sure to subscribe to the band’s YouTube channel for some future gems from the vault.

Both Cupid & Psyche 85 and Anomie & Bonhomie are thrilling stages on  an extraordinary musical journey. After witnessing a show by The Sex Pistols, The Clash, The Damned and The Heartbreakers in 1976, Green Gartside felt as if he had been “given permission” to form a band. Scritti Politti was the result, a Camden-based, squat-dwelling collective who produced what he terms as “scratchy-collapsy” music, all tumbling drums, stumbling reggae bass lines and tinny guitars.

After releasing a clutch of singles and EPs – including the classic Sweetest Girl – the band underwent a tectonic shift, inspired by Black American R&B pop of the early 1980s. “Just fantastic, liberating music… A sort of epiphany,” Green remembers. Rough Trade’s Geoff Travis – who had released the band’s debut LP – introduced the Scritti Politti to keyboard and production visionary David Gamson and drummer Fred Maher, and this new configuration of Scritti began work on what would become Cupid & Psyche 85. It would be followed by Provision in 1987, Anomie & Bonhomie and 2006’s Mercury Prize-nominated White Bread Black Beer.

It’s a catalogue of extraordinary variety, vitality and beauty.

Cupid & Psyche ‘85, aptly released in the summer of 1985, was both a pop masterpiece and landmark in music production. Terrifyingly complex technology, “embarrassingly” expensive studio time and months of intensive work resulted in a brilliant, immaculate sound, described today by singer Green Gartside as “pyrotechnics of pointillist syncopation”.

Overseen by legendary producer Arif Mardin, and featuring some of New York’s finest session musicians, Cupid & Psyche 85 took the band’s acute pop sensibility to new, glittering heights. It spawned five singles, all hits on one side of the Atlantic or the other: Wood Beez, The Word Girl, Absolute, Perfect Way and Hypnotize.

In addition to the re-issue series, which will include the Miles Davis-featuring Provision later in 2021, Scritti Politti will tour the UK this autumn.

“The Scritti of Fred, David and I never did play live,” recalls Green. “We had a tour lined up and we kinda reluctantly went into a rehearsal place somewhere in Manhattan to figure out how the fuck this album (‘Cupid & Psych ‘85’) could be played. If I recall correctly, it became apparent immediately that we couldn’t reproduce the sound. The project was abandoned.”

However, that project has been revitalized by the new line-up of Scritti Politti featuring Robert Smoughton, Rhodri Marsden and Dicky Moore, who have played alongside Green for the last decade. To commemorate the 35th anniversary of Cupid & Psyche 85, the band will perform all of the album, in its entirety, for the very first time.  The shows will feature previously unperformed songs from Cupid & Psyche 85, alongside other material from Scritti’s history. The tour dates are

Head to Scrittipolitti.ffm.to/reissues for more on the reissues.