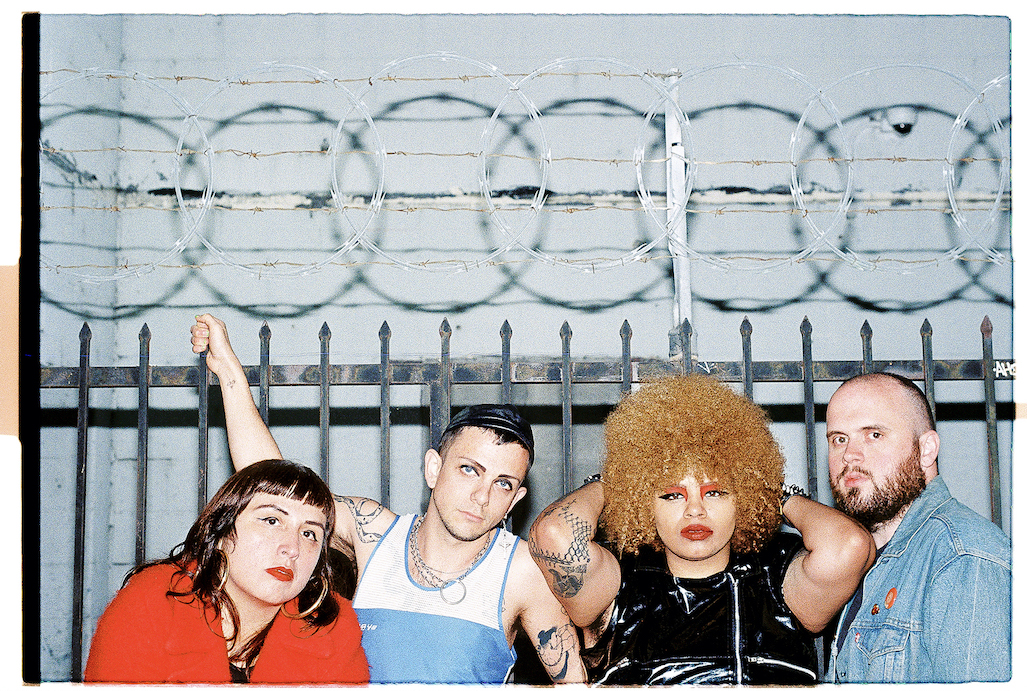 New Orleans no-wave punks Special Interest are releasing a powerful new video for their song “Street Pulse Beat” today from their newest record The Passion Of, on the one year anniversary of the record’s release. Directed by Special Interest vocalist/frontperson Alli Logout, Logout has written a deeply meaningful manifesto giving insight into the video they created, which can be read in full below. Watch the video now.

Special Interest was born out of New Orleans’ evasive DIY scene. After a demo tape (Trust No Wave) and a debut 12” (Spiraling), the group released their second LP The Passion Of in 2020. The Passion Of finds the band with a fuller realization of their sound. While Spiraling documented a band discovering their purpose, The Passion Of is both more chaotic and melodic, daring to finally live up to their notorious wall-of-sound live performances. Massive, juddering beats from an old Electribe sampler and distorted bass provide much of the rhythmic backbone. The effect is purely physical, circumnavigating the brain and heading straight to the body’s core. Crass, decolonized guitar work and haunting synth lines cut through the low end noise to serve the album’s layers of drama. It’s a cloying, intense dynamic that builds to almost unbearable fever pitch at points, threatening to overwhelm and overpower. The Passion Of is a true document of Special Interest as the intense and radical unit they are.

In September, Special Interest will embark on a tour in support of the record, including an appearance at Pitchfork Festival and a stop at Brooklyn’s Market Hotel (all tour dates below). Tickets for all tour dates are currently on-sale here. Rough Trade Records is excited to announce that we have partnered with the band for their next record. More details on that will be released at a later date. On July 30th, Special Interest member Ruth Mascelli, who composed an original score for the “Street Pulse Beat” video, will release their recently announced debut solo record ‘A Night At The Baths’ on the Disciples label.

What you see N this place is love. A love that is gentle and jarring sprouting from the tears that nourish the ground where one’s heart has been laid to rest. A love coming from a place where one never thought love would happen again. Somehow in that way only WE can, we find it over again here in this place. Sometimes it is messy and sometimes it is selfish and sometimes it is even horrid. But even so in this place we believe in a love that delves deeper into our fears and desires, remembering we are soft, beautiful and young as night. A love that bears witness to our wonder, our truths, and our capacity to change. We go forward, not alone but Together, with love.

What you see N this place is a metaphor, what you see N this place is a legacy, what you see N this place is our lives. We are not fated to wither in the margins we are pushed into. We will see the earth before the world ends. We are thriving, joyously, loud in both our triumph and our lamentation. We celebrate through this urgent form of cinema, turning away from what is seen towards what is felt. This conspiracy was made possible only through the collaboration of the artists seen on screen. No role was bigger nor smaller than the other; this conspiracy is collectively all of ours. It was shot in historic punk house, Nowe Miasto. Nowe was around for over a decade and housed many Black artists and accomplices until a fire marshal shut it down in 2014. We gutted it, cleaned it and built every set from scratch. We made this together, we talked it out, this need for rupture, our unfaltering desire to escape. So join us and bask in the mundanity of the day for we know all too well yesterday’s crisis is always just tomorrow’s carry…