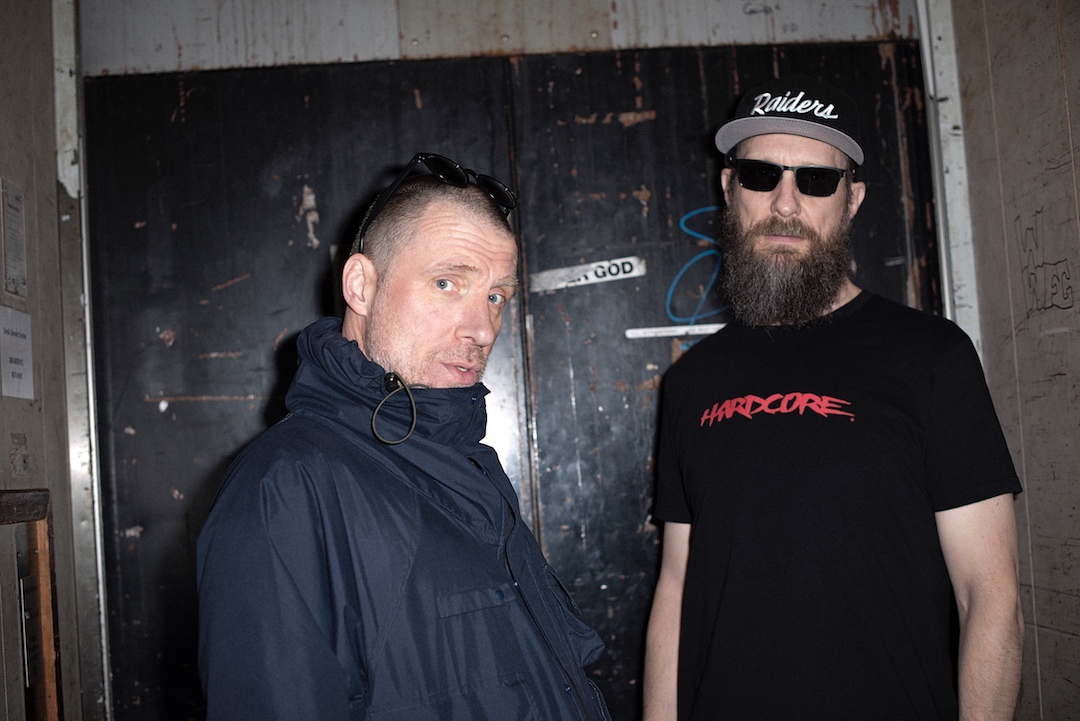 Sleaford Mods have released a brand new live EP, recorded at their biggest ever gig (so far). Stream and watch the live tracks now.

Live At Nottz features six tracks from the duo’s 2021 Nottingham Arena and boasts guest appearances from Billy Nomates and Amyl And The Sniffers’ Amy Taylor.

Additionally, on the eve of UK Grim pioneer’s first North American tour in five years, the duo have also shared three videos from the gig, featuring the tracks “Nudge It”, “Mork n Mindy” and “Tied Up in Nottz”.

If the folklore is true, the first ever Sleaford Mods gig took place at a cafe near Nottingham Station in 2007. An apt place for Jason Williamson and Andrew Fearn to start their journey – one that has taken them around the world physically, to new places sonically and through the strangest times lyrically – but they have never lost their connection with home. Hence late in 2021 a “guy shouting and a bloke with a laptop” staged one of the first big post pandemic gigs at the Nottingham Arena. It was a night to celebrate and a night for old friends, but also a time to aim for new horizons and start a new chapter.

Documenting how far one of Britain’s most original bands have come, while revealing Williamson and Fearn straining forward creatively, these recordings also demonstrate what Sleaford Mods do better than anyone else: they make a connection. Whether it is a cafe or an arena, Sleaford Mods engage and entertain and this EP captures the duo’s biggest and best live performance… so far.

Stream or Watch Live From Nottz