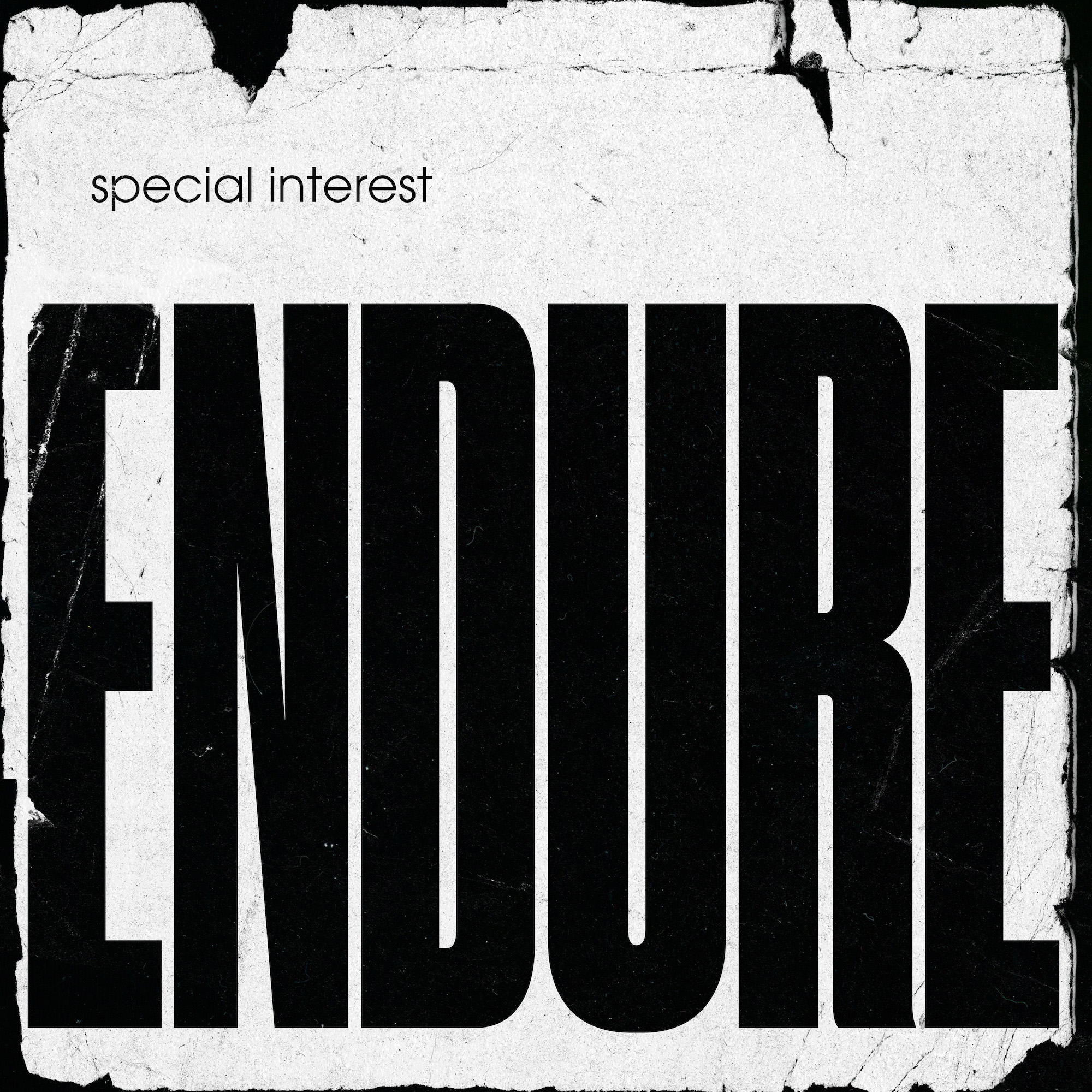 “Endure is their most compete work yet, and it feels like there’s so much more to come.” – Loud & Quiet 9/10 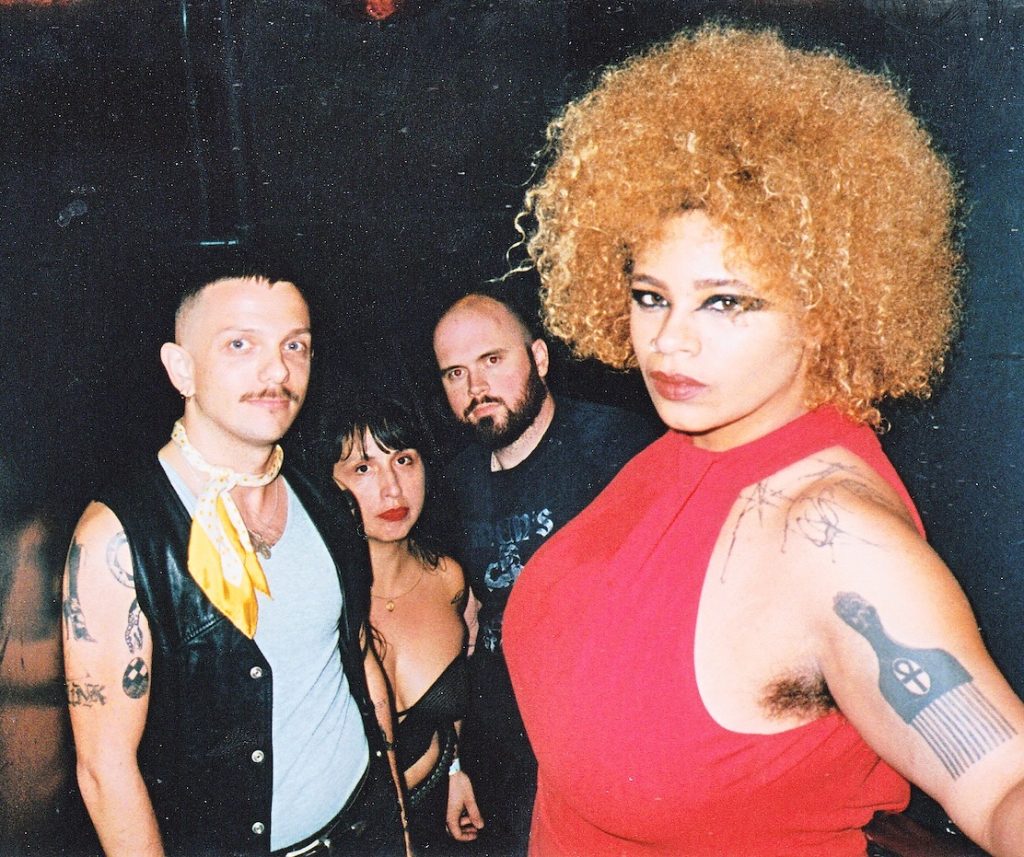 Brought together by New Orleans’ inventive DIY scene, Special Interest finds a new way of defining the “rock band,” a true collective unit rather than the dictated vision of a single member. Their songs are living organisms, open to the possibility of experimentation and interpretation, but also not the property or creation of any one person. 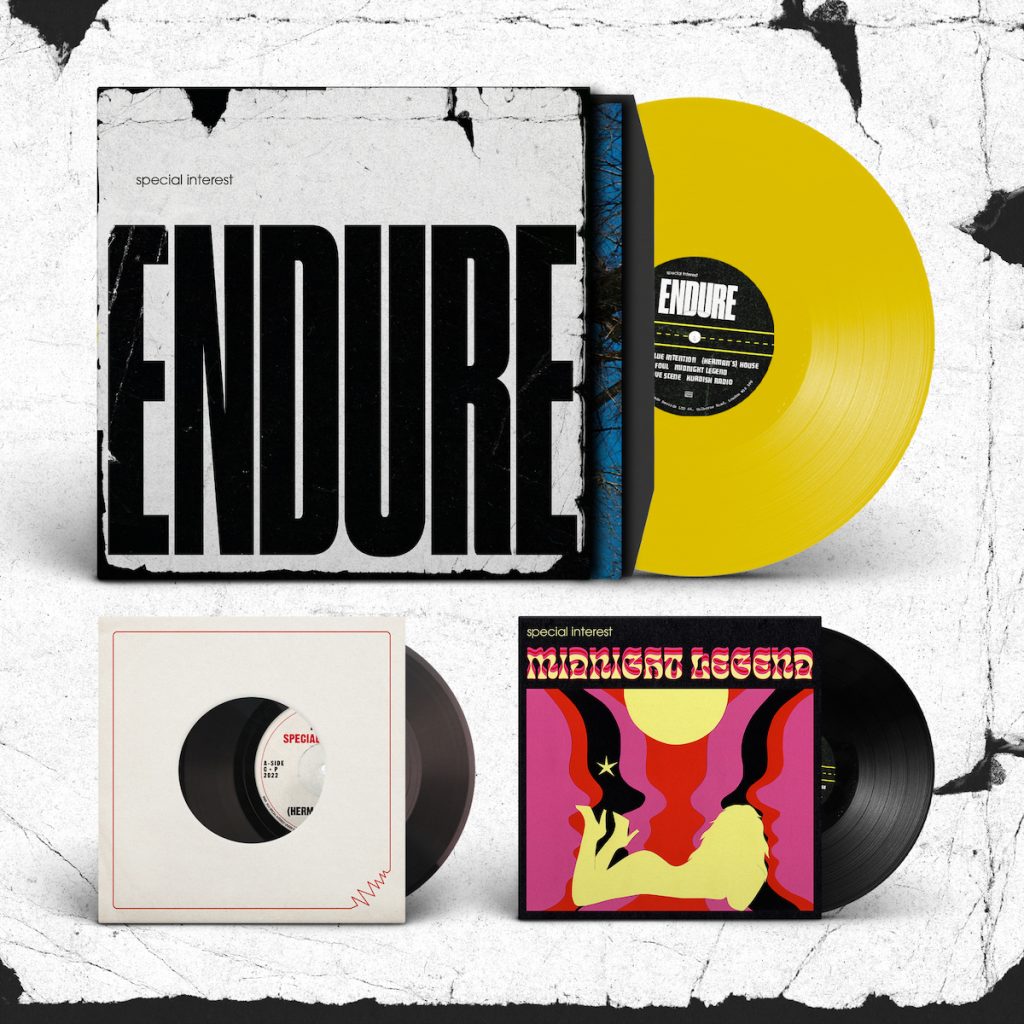 Endure is available now via Rough Trade Records Webstore on Limited Yellow LP, Black LP and CD. A special edition LP bundle (Black or Yellow LP) comes with two limited edition 7”s, the new “Midnight Legend” 7” (limited to 1000 copies) featuring both the Mykki Blanco-version of the track & the album version and also a copy of the long sold out “(Herman’s) House” 7” originally launched earlier this year. 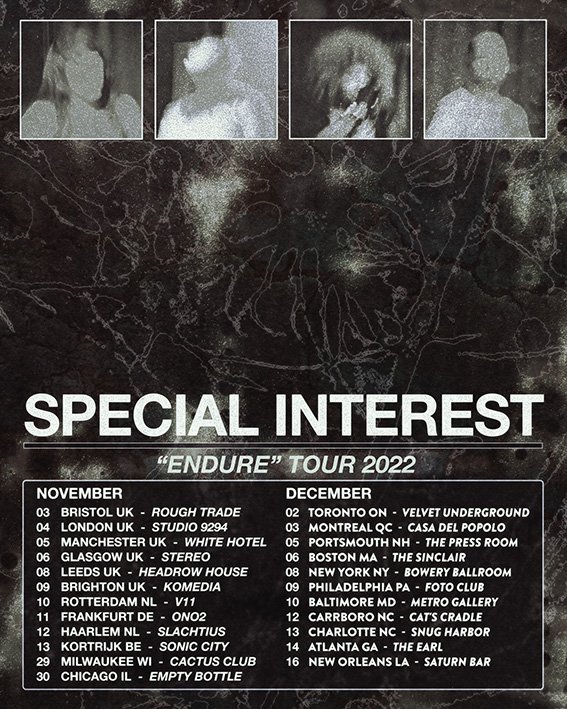 Special Interest will embark on a UK and European tour that kicks off this week in London, before heading to North America for headline dates in November and December, including a stop at NYC’s Bowery Ballroom on December 8th. Get your tickets here.