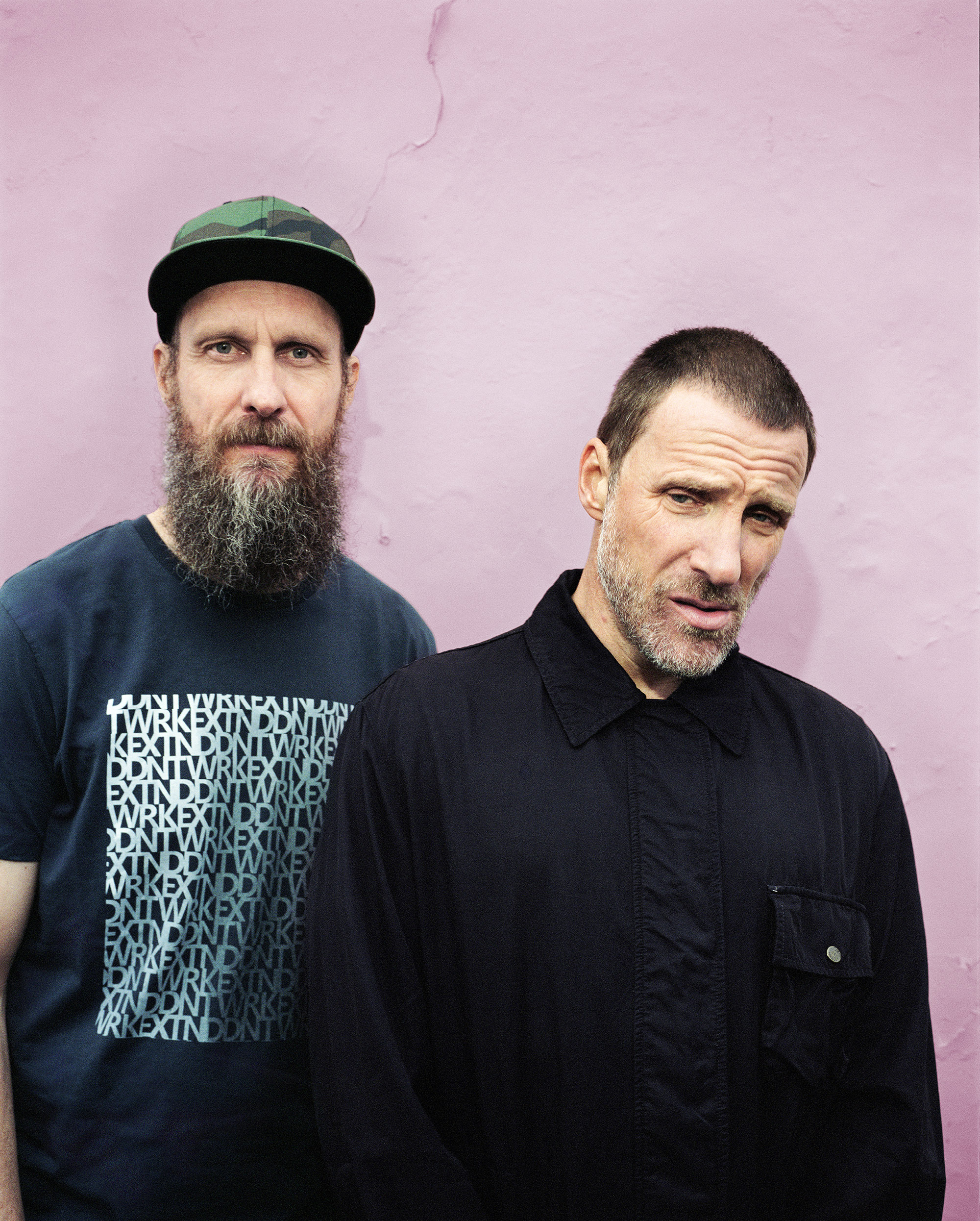 Sleaford Mods are pleased to announce their new album ‘UK GRIM’ released through Rough Trade Records on March 10, 2023. Featuring guest appearances from Jane’s Addiction’s Perry Farrell and Dave Navarro, and Florence Shaw from Dry Cleaning, it’s the Nottingham duo’s most dancefloor friendly release to date. ‘UK GRIM’ is an urgent and sage-like look at life, living and the gritty reality of our era. 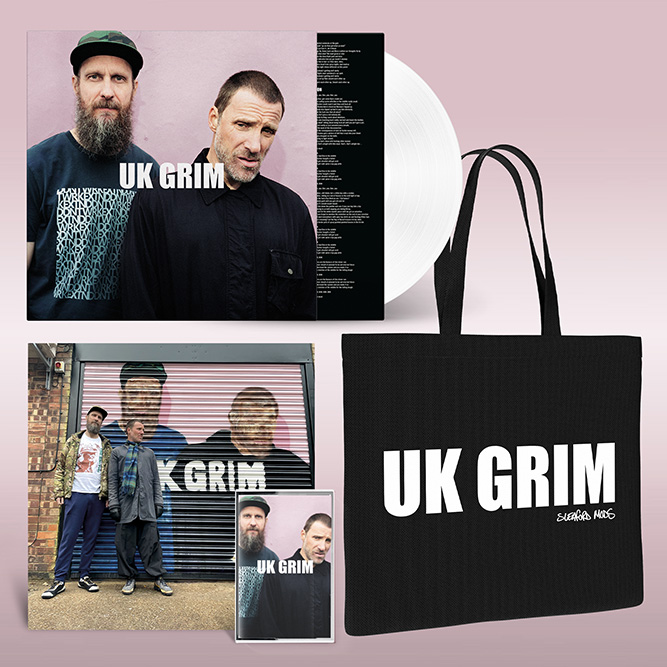 The album will be available on Exclusive White Vinyl LP on the artist and label webstores. There’s also a Standard Black LP and a Limited Sliver LP sold via indie record stores. The record will also be available on CD and cassette. Head to the Rough Trade Records Webstore for the exclusive bundles pictured above: LP + Tote + Cassette + Signed Print.

The announcement comes with the release of single and title track ‘UK GRIM‘. The music video is directed by British Collage Artist and Satirist Cold War Steve, who has created a series of original savage yet satirical artworks for the collaboration. This is his debut music video and debut animation having previously illustrated covers for Time Magazine & The New Statesman.

Two special live shows have been planned to accompany ‘UK GRIM”s release, which fans can access by purchasing the record. Sleaford Mods will play Nottingham Rock City on 14 March and then Pryzm in London in conjunction with record shop Banquet a day later on 15 March. 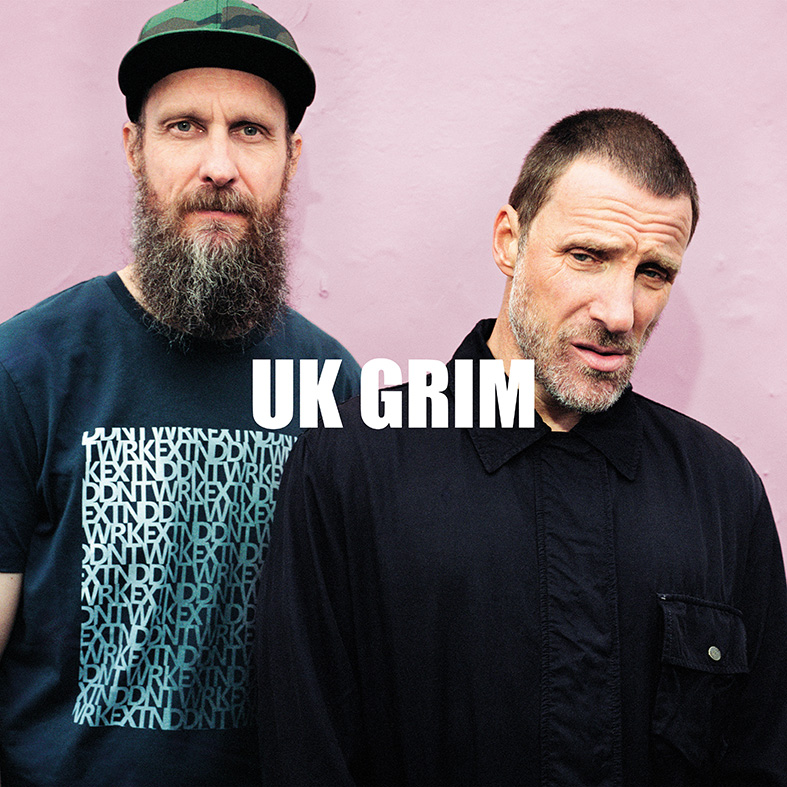 Smash Each Other Up